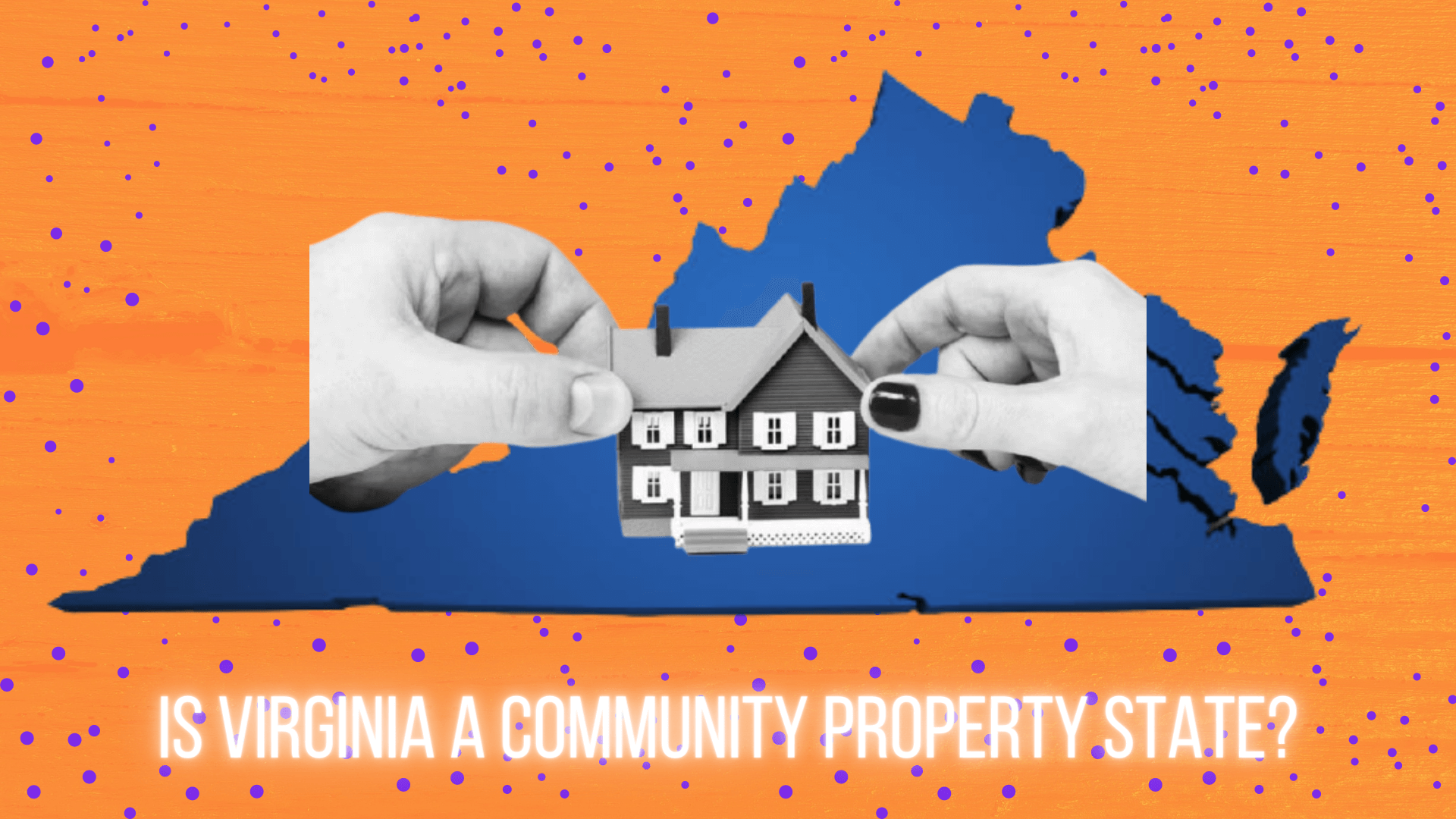 To put it quite simply…

Virginia is not a ‘community property’ state, it is considered as an ‘equitable distribution state’. The term ‘community property’ under the marital property law states that all the assets, properties and, debts earned during the marriage will be equally split between the couple after their separation.

So the answer to the question “is VA a community property state” is ‘No’. To give Virginia equitable distribution statute, the judicial body has come up with various rules of the property distribution laws in Virginia that we will discuss in the next sections of this article.

What are the laws/rules when it comes to marital property in the state of Virginia?

Marital property or the properties that both the husband and the wife acquire after their marriage have different outcomes, some specific laws state that the residents of Virginia need to adhere to. ‘Virginia Equitable Property Statute’ states that properties that are acquired after marriage should be divided by the court. There is often confusion regarding this scenario, and questions like “Is Virginia Community Property state?” but that is why this article is here, to help you clear out these confusions. It must be done fairly between the partners and it must depend on their financial situation. It also depends on how much they use, maintain, or take care of the property.

During their divorce process, the couple is given time to discuss and come to a mutual agreement on how the property should be divided after which the court puts will make its final decision with the trial.

Understand your assets from top to bottom

It should be kept in mind that the court only divides the marital estate that is the marital property, and the marital debts after the couples are divorced; separate property or debts are not divided between the two. With this context in mind, any property which is shared between both the individuals during their marriage or is used as a benefit in the marriage is also considered marital property.

In the case of some properties for example, if the husband or the wife owns a business before marriage and after their marriage, their business flourished owing to the contribution of both the spouses, then, in that case, it can be considered marital property and will be divided accordingly.

When it comes to marital debts, all the liabilities that are jointly acquired by the couple like joint credit cards or joint loans will be divided between both spouses on an equitable basis.

Various factors are taken into consideration when the court divides the marital properties in Virginia after evaluating them:

What are some other community property states in the United States?

Marital property distribution involves two different kinds of laws in the United States. While few states have chosen to adopt the ‘community property law’, most of the other states follow the equitable distribution of the properties’.

However, there are few exceptions to the community property laws which may be applicable in the following situations:

Now that we have a daily good idea about the different types of marital property laws involved in the country and what each type entails, let’s understand how an immigrant can cope up with the divorce process and what rights he or she has in the country.

What are some of the rights that immigrants have if the immigrant has a divorce in the United States?

The entire process of divorce seems more complicated and panic-inducing when it comes to an immigrant going through a separation in marriage. With the lack of knowledge about the country’s domestic laws pertaining to divorce procedures and about the rights that the immigrant is entitled to, it can be even more confusing.

This section of the article will provide you with information about some of the rights that an immigrant spouse has in divorce which not only applies to the state of Virginia but also throughout the United States.

Here is a list of the rights that you are entitled to as an immigrant spouse :

Right to your children: As a parent of your child, you will have an equal right to put forward your opinion in front of the court or the judge about the custody, welfare, or wellbeing of your child. There is no preference given to the father or the mother of the child by the court.

You can decide what is in the best interest of your child. However, this doesn’t mean that the court will decide in your favor. The judge will decide what is best and safe for your child’s future depends on your ability to look after your child, the opinion you have put forward, your mental and physical health conditions, your home environment, and more.

Several deciding factors determine who will have custody of the child:

The Vocabulary of Court

There are few ‘custody vocabulary’ or legal terms that you need to know and understand. When it comes to determining the custody of your child it is important to understand these terms. Here are some examples:

Please click on this link to know more about these legal terminologies that may be of help when you are dealing with a custody case.

One of the key points to remember here is when you are applying for your child’s passport, both the parents must be involved in the US passport application and flag the records under the CPIAP Children’s Passport Issuance Alert Program. This is done to avoid the child being shipped out of the country in case of a marital dispute or for any other security reasons.

As an immigrant, you also may have to seek advice from legal representatives in your home country as a marriage dissolution case can be fairly complicated for foreign nationals. This is done to make sure that the process of divorce or the child custody due to the marriage dissolution is recognized and valid in the United States. It is also that you can be prepared with the required documentation and other evidence that may help you through the process.

With all the information that we have shared in the above article, and going through the various aspects related to the property laws, it can be concluded that Virginia’s marital property law (equitable distribution of properties) is pretty much straightforward and fair.

So Is Virginia a community property state?

On the other hand, when it comes to the community property law, most assets are considered marital assets and are split into equal halves. As simple as this may sound there are other implications to this rule which may not be quite fair. While the community property law can majorly affect one person’s financial situation, it can be significantly beneficial for the other one.

Apart from the few states in the United States, some other countries that follow community property law are Belgium, Brazil, Mexico, France, Colombia, Philippines, Netherlands, Sweden, and Spain to name a few. We hope this article has answered some of your questions, especially the question ” Is Virginia a Community Property state?”

What kind of marital property law is followed in the state of Virginia?

Virginia follows the ‘equitable distribution’ of property in which the marital properties are divided by the court on an equitable basis after running through a proper evaluation of the property. The court tries to divide the property in as much a fair manner as possible.

If my spouse has sponsored my education, is my degree considered a marital asset?

What is considered a hybrid property?

In a marital case, unless proven otherwise, either side of the couple can claim partial ownership of a piece of property, provided they can share details of their contributions or purchase to the court and the judge. Such a piece of property is said to be a hybrid property.

ImminationUS is a one-stop destination for all your immigration queries